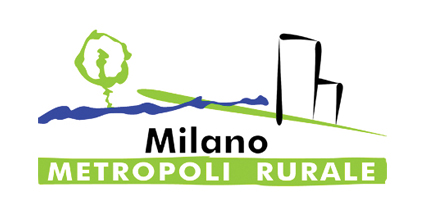 “Milano Metropoli Rurale” is an official “Agreement for local development” (Accordo Quadro di Sviluppo Territoriale - AQST) focused on the reinforcement of the rural matrix of the metropolitan territory of Milano.

The Metropolitan City of Milano is one of the most urbanized areas in Europe and one of the most fertile too; the hydrographic system is an important historical asset of this land as well.

Defining new sustainable ways to balance urban and rural development is a challenge but also a big opportunity for the future.

The agreement aims to reinforce the rural matrix, which is a strategic tool to achieve a durable and sustainable development model, focused on the metropolitan area of Milano.

The role of the Rural Districts is a strength of “Milano Metropoli Rurale”.

The main goals of the agreement are:

The implementation of the Milano Metropoli Rurale agreement is carried on with two tools:

The idea of “Milano Metropoli Rurale” started  in 2010 with the set up of the Milano Rural District (DAM) and the definition of the district strategic plan; the Milano Municipality is in fact a big land owner and also owns many historical farms, some of which are still used for agriculture and rented to farmers.

The process developed in the following years and involved a wider area and other partners.

The draw up of the first technical documents was partially supported by the Interreg Alpine Space Programme project RURBANCE (“for a balanced development of the relation between rural and urban areas”), of which Regione Lombardia was a partner.

The public administrations and the rural districts signed the “Milano Metropoli Rurale” agreement in 2015, the irrigation authorities in 2016.

Comune di Milano is responsible for the agreement implementation and coordinates the Technical Group, while Regione Lombardia presides over the Steering Committee.